A new version of Sacrifices is coming, bringing along its lot of novelty. Let's take a look at what's planned.

Ever since the day Sacrifices ended up on the app stores, we have continually received a lot of player feedback concerning the waiting time of 8 hours between sacrifices, deemed far too long. Actually, believe it or not, on day 1 you were allowed only one sacrifice every calendar day (from midnight to next midnight)!

We reduced waiting time to 8 hours in a previous update, while keeping game balance roughly the same, but it was mostly just displacing the problem, not solving it.

In version 1.4, we moved the waiting time to only 5 minutes.

This means, of course, that waiting between sacrifices no longer represents such an important part of the gameplay. Which is for the better, right? Who likes waiting, after all.

But that also means we had to rework game balance, in order to keep providing a steady and enjoyable progression of the village through time. Such rebalancing was achieved with relatively low impact, by adjusting the outcome of sacrifices as well as your followers' Devotion growth and the cost of some powers.

Starting with version 1.4, a follower now starts with an initial Devotion value of 1, the minimum. Devotion, however, now slowly and automatically increases, up to the maximum value of 10. Devotion is also less affected by your actions, and thus more accurately defines a follower's actual age.

And here you get the meat of this rebalance: from now on, the older a follower, the more Power Points and sacrifice outcome.

In order to accomodate the play style conveyed by the new rule regarding devotion, we also adjusted the cost of some powers.

With you the player now able to sacrifice some of your dear followers every 5 minutes, it seems logical for the sacrifice itself to provide less glorious outcomes.

No need to panic though, because Idols also changed along the way.

Quite unrelated to the change in waiting time previously discussed, version 1.4.0 also features a new aspect that we have been aiming at for quite a long time now: give Blood a more central space in the game.

To this extent, the new version of the game supports an entirely new economic model, as described below. 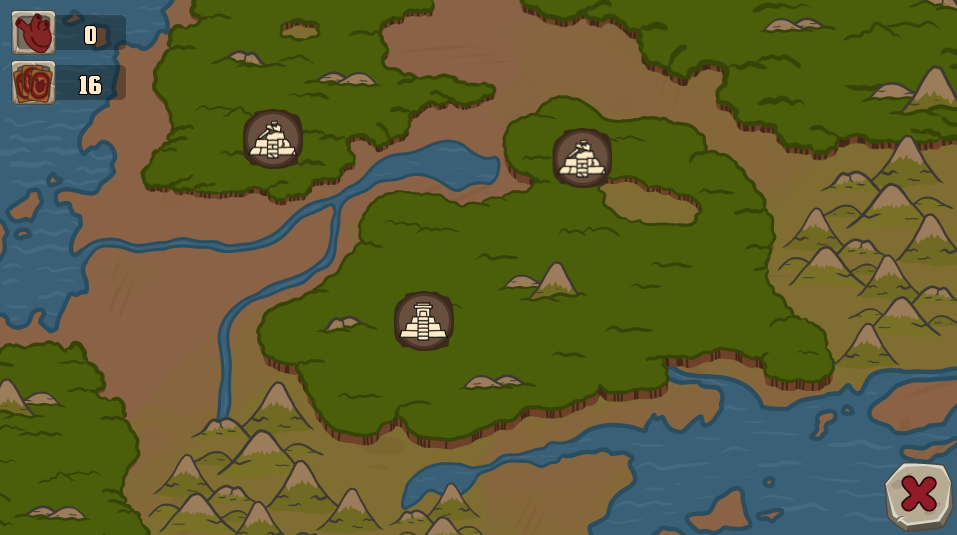 Before 1.4, you would purchase Premium Idols and the Welcome Bundle from the store.

Premium Idols could then be actived later on, in any village you wanted, and in turn offer you Blood offerings, Items, Resources and followers. The fact that Blood was inside the Idol, and not provided on the side, was not easily understandable.

The Welcome Bundle itself would be purchased at most once for any village and automatically activated, offering the same type of content as a Premium Idol, in more important quantities, as well as a unique random legendary follower. The lack of clarity that you could only activate it once per village, added to the randomness+uniqueness of the legendary follower provided, ended up as frustrating as it was rewarding.

We wanted a clearer, simpler and less error-prone economic model.

Starting from version 1.4, the only asset you can actually purchase with real money is Blood. Blood is now the centerpiece of game economy, and you can accelerate your progress in the game any time by purchasing some more.

After acquiring Blood, be it from sacrifices or actual money, you may exchange it for next-generation Premium Idols and Starter Pack. 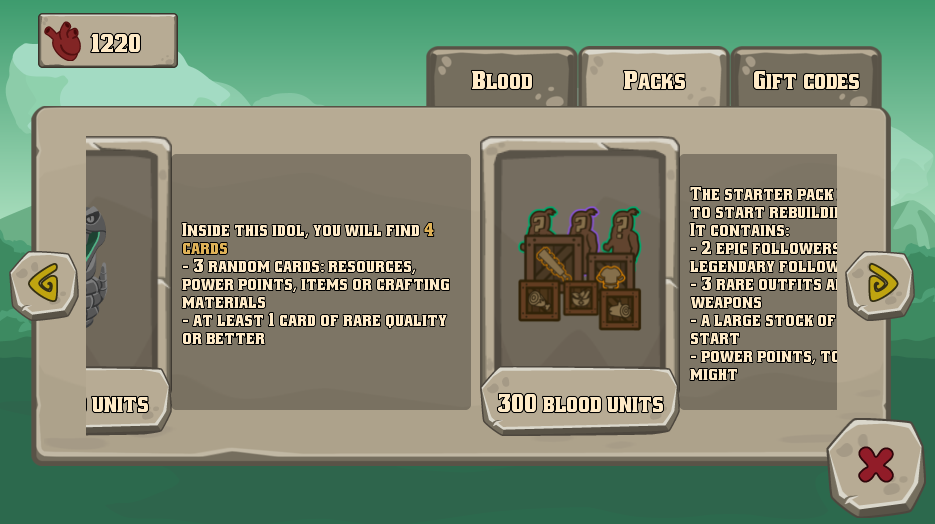 These Idols and Packs, in turn, offer you Cards.

In order to celebrate this move towards a more dynamic and to boost your economy, it is possible to obtain 1 Basic Idol, for free, every calendar day (Internet connection required). This free Idol is available in the Packs tab of the Store window.

Cards are nothing new on the visual side, as you can already see them when breaking an idol.

The key difference here is that, starting from version 1.4, Idols and Packs are no longer kept, they are instantly consumed when exchanged. Cards, on the other hand, are not. 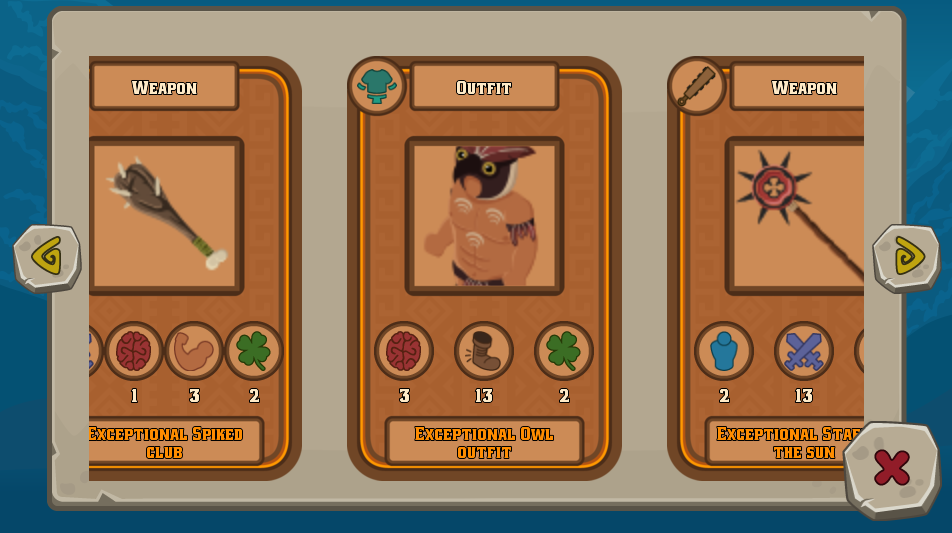 You now keep a whole portfolio of cards, that you may be able to use at your convenience, in any village you want. This offers far more flexibility, and reduce the isolation between villages. It is now possible, for instance, to sacrifice many followers in your biggest village in order to produce cards then use these cards on a new village, to make it grow faster. 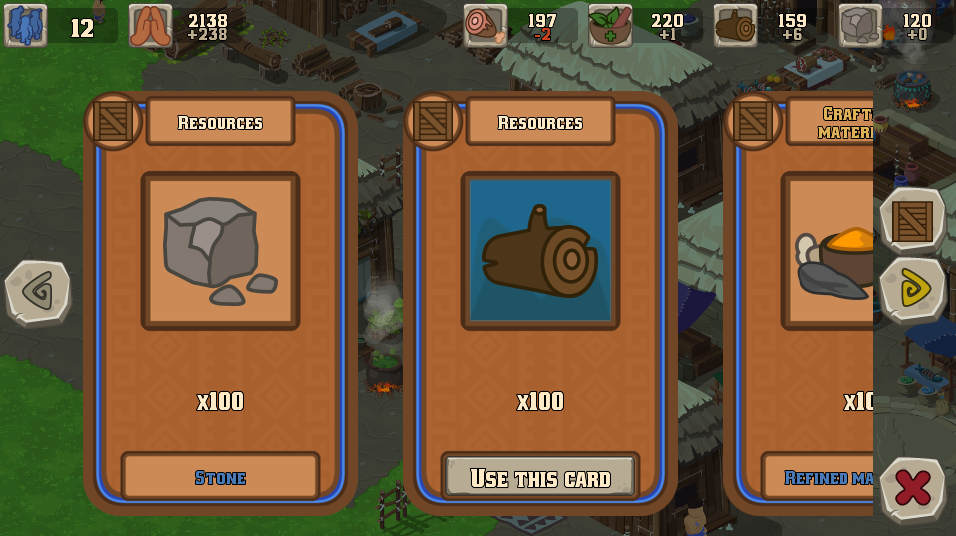 Everything you earned and purchased prior to version 1.4 will pass along after the update. Paid Idols and Welcome Bundle will be available to consume in your Cards collection and nothing you paid for will be lost.

In conclusion, quite some changes in this update! We sincerely hope that will improve the dynamic of the game and provide a fresh new experience to aficionados.

The update should land on app stores in the coming hours, stay tuned.