While our first patches were all about fixing the bugs and optimizing the game (which is still an ongoing work), it’s time to implement some of the changes we decided to make based on your valuable feedback. In result we are about to release our biggest patch since the launch of Sacrifices.

Most of the feedback we have commonly received so far is related to our hygiene system. It is supposed to be simple: you need medicinal herbs to prevent diseases, and once followers are sick you need to take the same herbs to cure them. Unfortunately such a system leads to two extremes: either you have enough herbs and everyone is clean, or you’re a little low on supplies then the followers that get sick need even more herbs than you can already provide and everything goes to hell. It’s a little dark, but there is no in-between really.

To resolve this design flaw, the feature will now be split into two buildings: 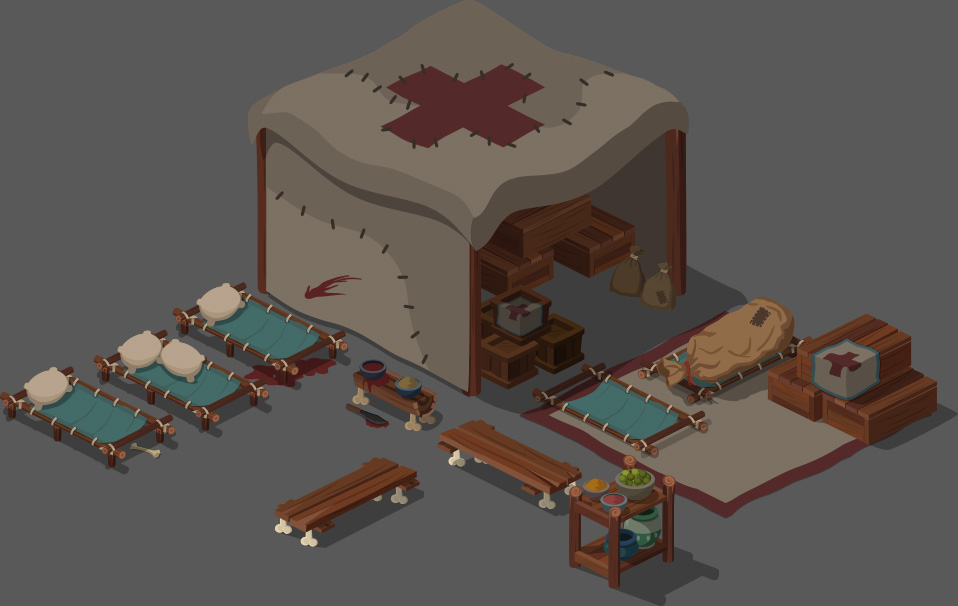 Until now, even when you’re doing your best and your warehouses are full of medicinal herbs, your followers could get hurt or sick while working in the jungle. It makes things rather confusing since it’s tough to know who gets sick, why, and how to fix it.

In an effort to make these events more understandable we made a lot of balancing changes in our next patch:

With all these changes we hope it will be easier to understand how everything works regarding the hygiene of your followers.

As stated earlier in this post, we want the game to be more self-explanatory. A lot is happening in Sacrifices, and it’s not always easy to display that much content on a small screen. That being said, we’ve been working on some improvements for the interface and this update is the perfect opportunity to introduce them. Here are the highlights: 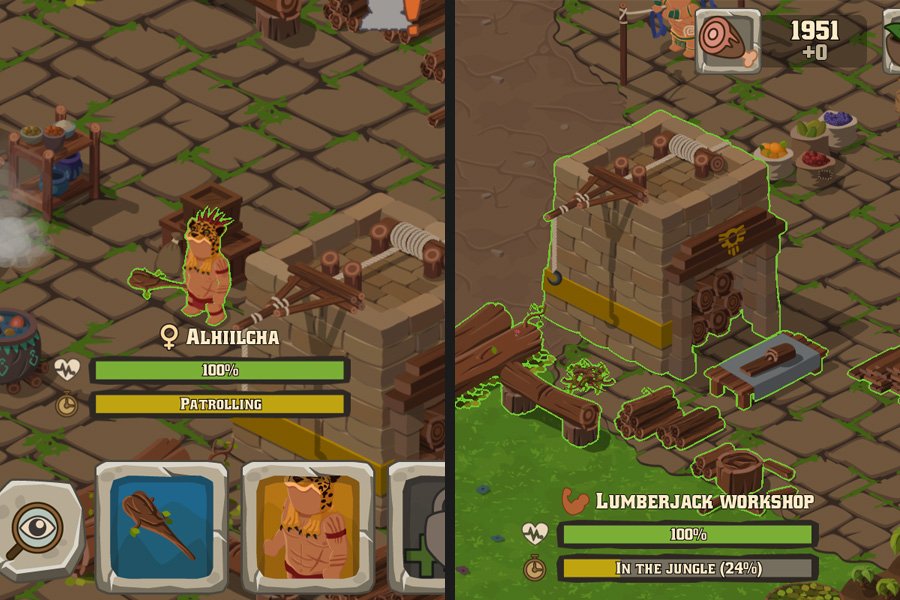 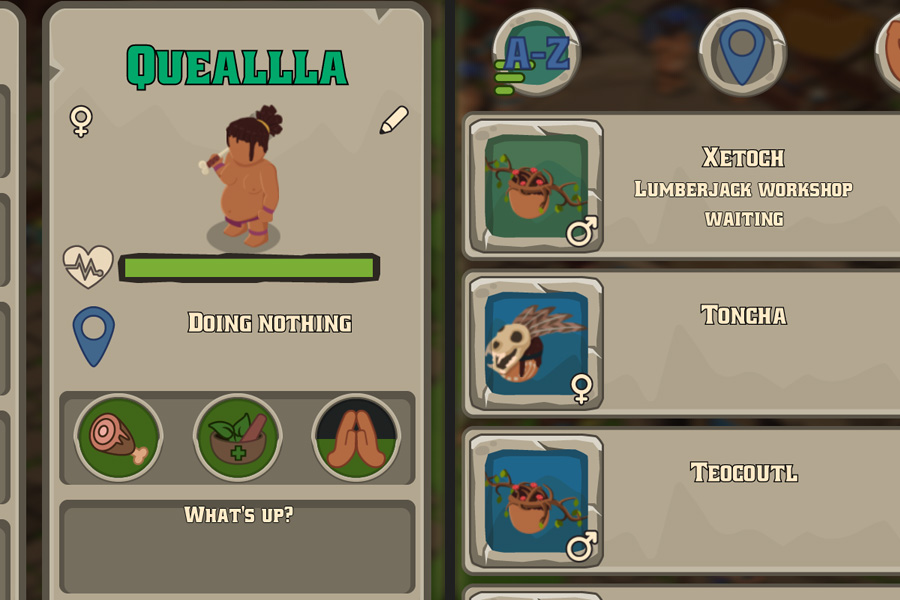 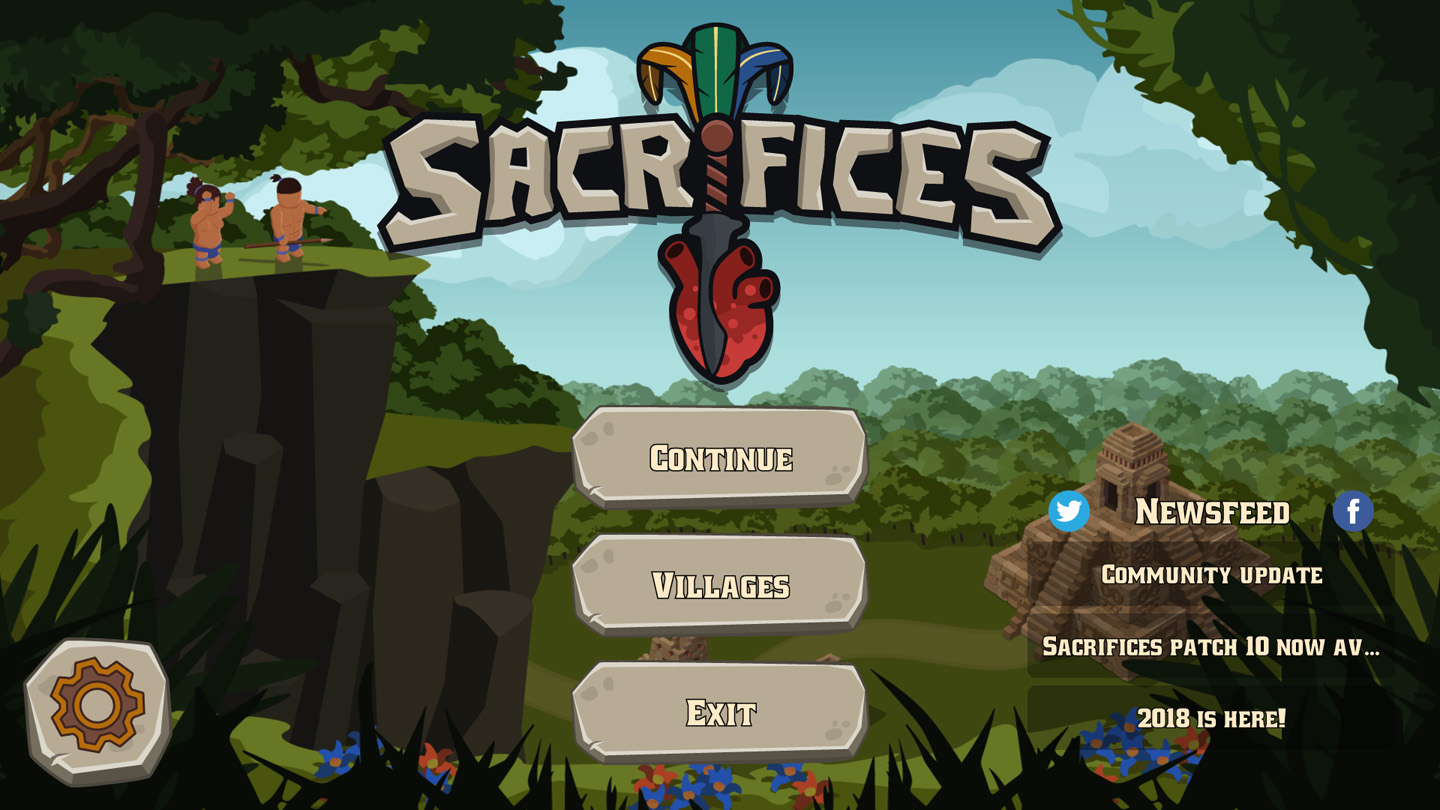 The complete list of interface changes will be available when the patch is released, stay tuned!

We recently launched our forum and community translation tools. This version of Sacrifices and subsequent ones will support translations proposed by the community, such as the one in Portuguese (Brazil) which has just started. If you’re interested in helping us translate the game, don’t hesitate to send us an email or offer your help on our forum! We’re right here if you need anything.

Patch after patch we’re optimizing the game so it requires less RAM and runs smoother on more smartphones and tablets. With this patch we’re introducing a new graphic option tied to image compression. While the impact of performance is very noticeable (between 30% to 60% less RAM depending of the phone), it drastically affects the visual quality of the game. While we’re working on other optimizations, this is a good one to consider if you’re experiencing important performance issues.

Bug fixing – we need you

Fixing bugs is still very much a priority for us, and this patch will bring a lot of fixes. With patch 11 we’re introducing a new way to help us in this difficult task: if your game files are corrupted you can email them to us directly from the game. This is very much optional, but it would be an invaluable help to fix the remaining bugs that haunt our nights.

Finally, we will be testing the patch an entire week before release. The new hygiene system is likely to upset the balance of the game and we want to take the time to test it. If you’re interested in testing the new features, you’re welcome to do so (Android): https://play.google.com/apps/testing/net.spookygames.sacrifices Don’t forget to give us your feedback on our forum! Dear iOS user, you are not forgotten! If you too want to try the beta, please contact us directly or on the forum.

The beta is available right now! The patch is scheduled to go live on February 10th, 2018.