At last! We at Spooky Games finally got our first game, Condor, published on Google Play and it has been quite a refreshing time for sure. Let's dive a bit into the innards of this lovely little bird.

For those of you who took the time to read our previous Condor-related article, well thank you really and meet you next chapter.

For others, let's just introduce what happened to be our early agenda. Our first game (in terms of conception and development) is the up-and-coming Sacrifices, a game of deity and village management located in a mesoamerican forest. Given our ambitions and lack of proper experience, development time began taking a dreadful slope as we witnessed our glorious advances constantly being pushed back by errors, total rewrites or feelings that "it wasn't good enough yet". With eagerness growing, we thus decided to take our chance on some lighter project and came up with the idea of an everfalling adept performing silly stunts. Condor was born. Details to be found here if you're hungry for more of the why.

With loads of fun in between

Let's make this post worth your time and allow you a quick peek into the development process of Condor.

Conception for this game went rather plain and simple. The idea of a guy pushed off of a cliff popped up one's head almost immediately. A few beers later, the whole conception was achieved and brought to immortality on an astounding makeshift paperboard. 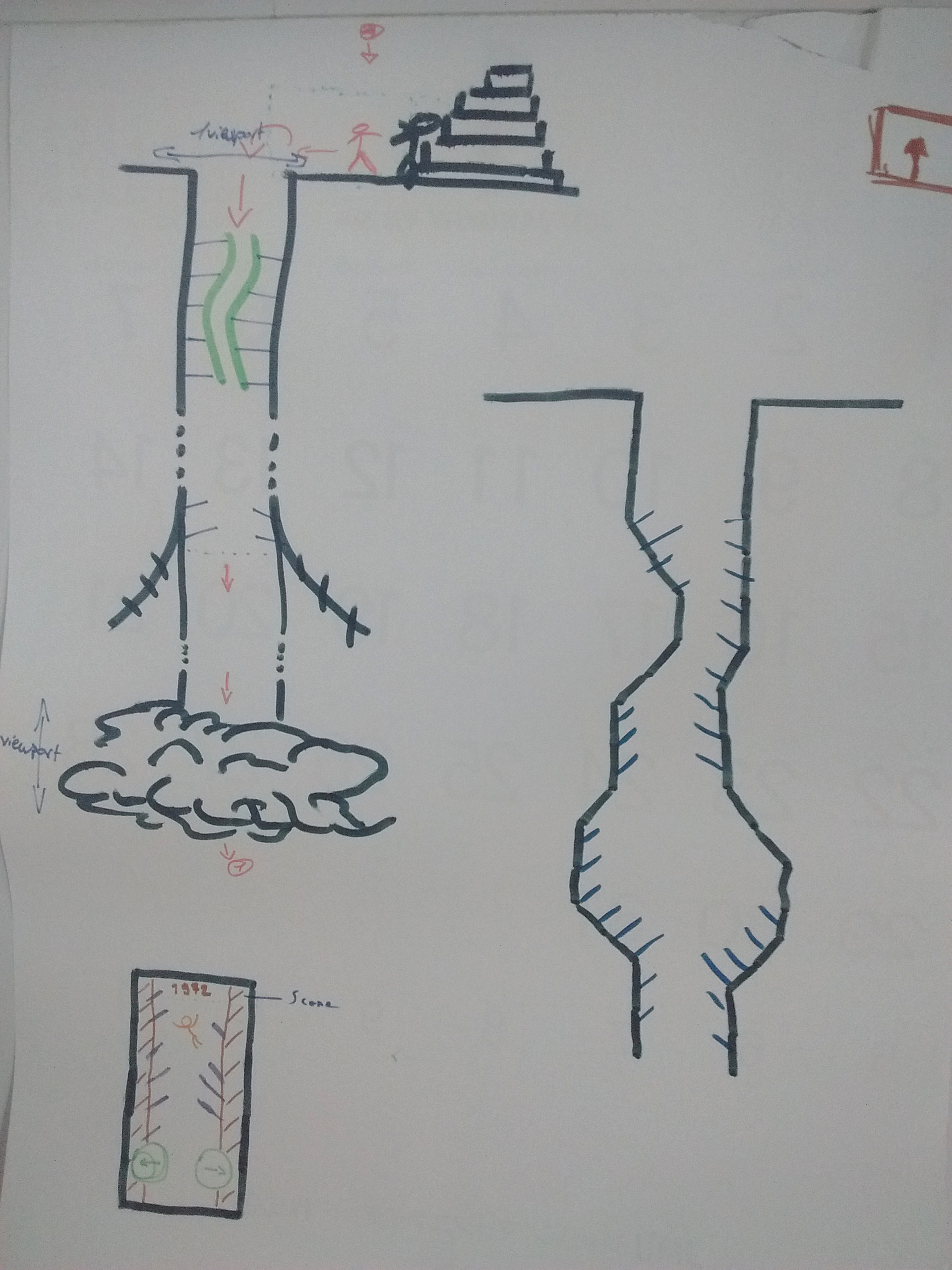 Creation of Condor mostly took place during our free time and as such we tried to embrace a kind of "game jam" mentality throughout the whole development process. We could go on and on about the bits and blobs of speedy game development but images are more engaging way to show you how cheap we went. They will also preserve a keyboard so please, please, let us picture that for you. 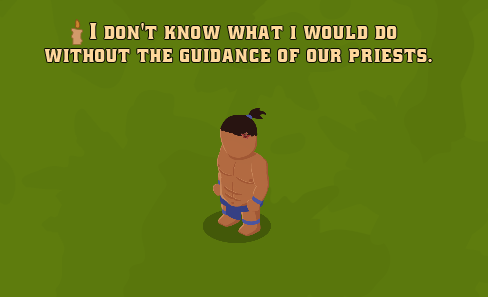 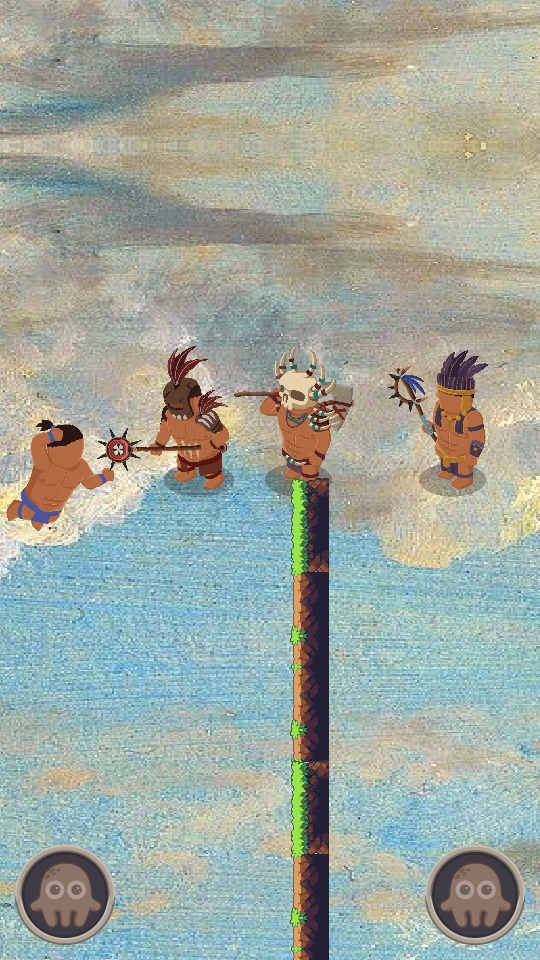 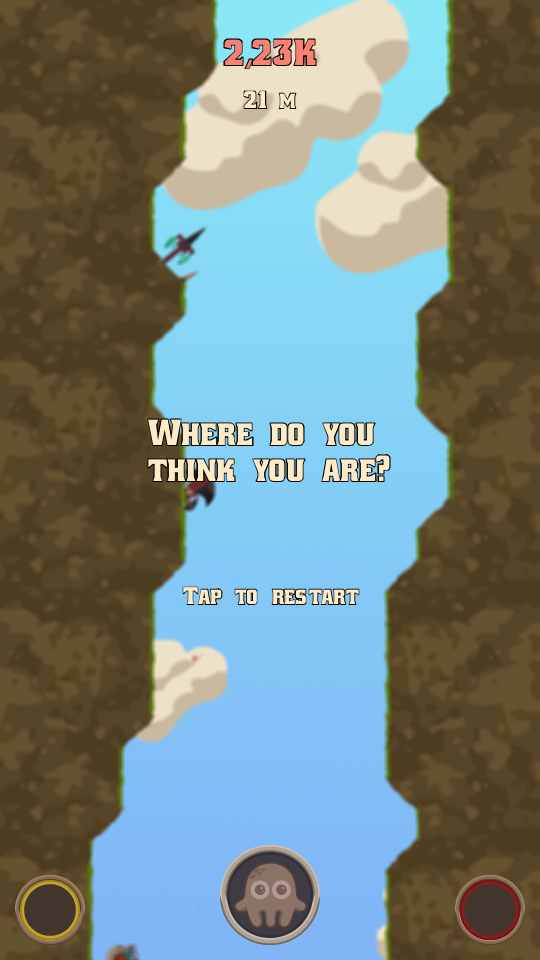 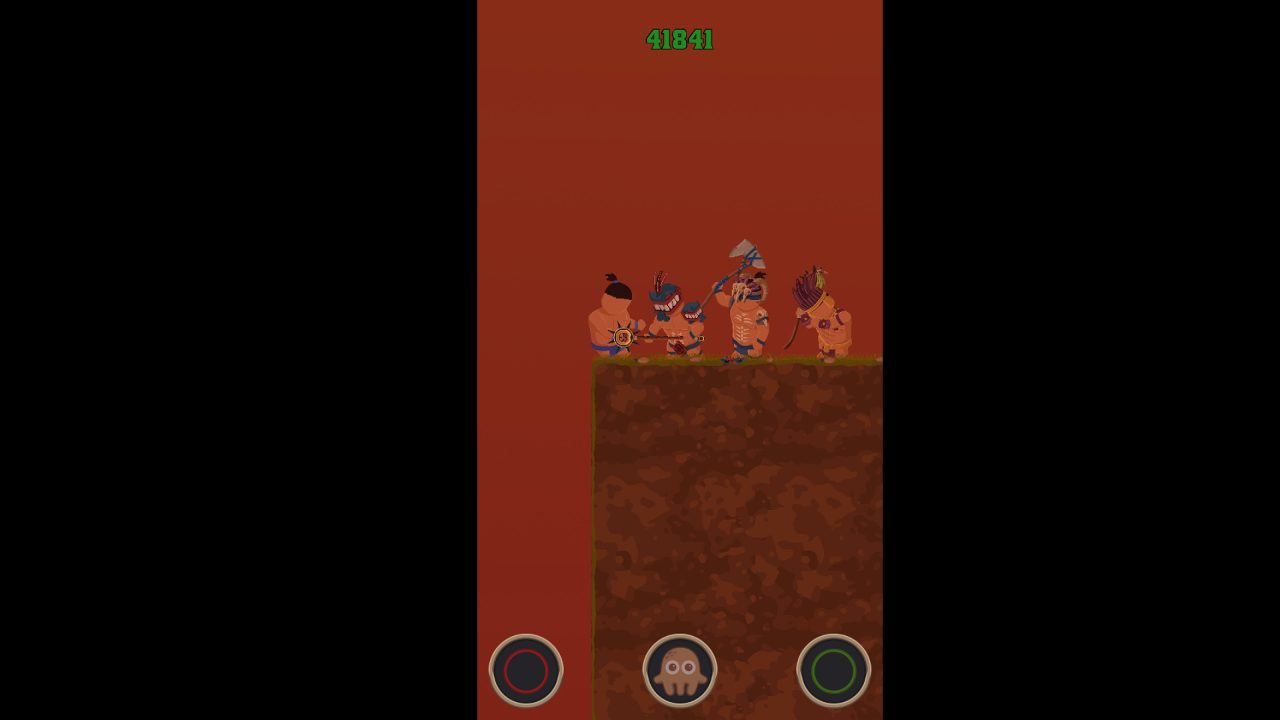 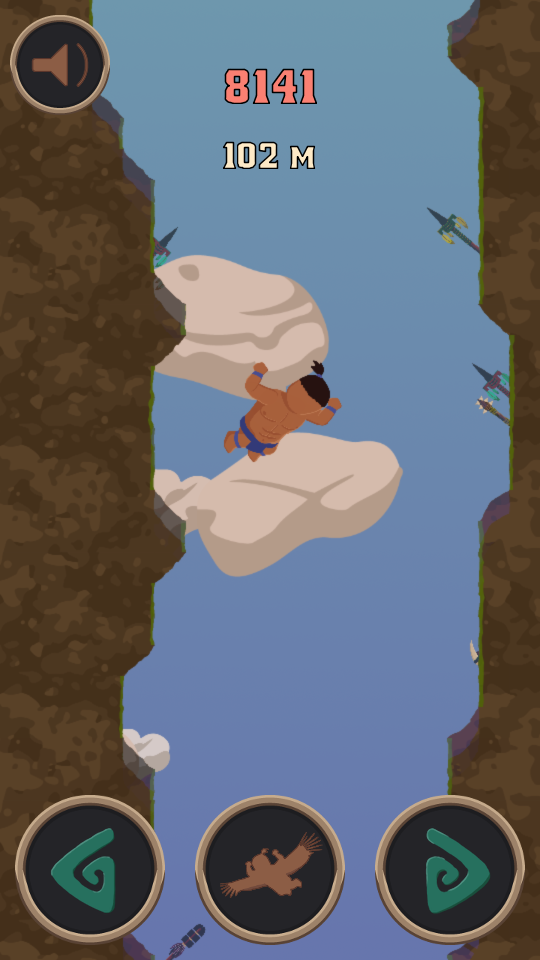 That's all for the development of Condor, hope you enjoyed the condensed bloggy ride. You might want to click on something by now, of course, which leads us...

Fast forward a few weeks, you are now. Impressive, right? That's not all.

Condor is now live and available on Google Play in two flavours. You can play the free version and support us by suffering some interstitial ads every now and then. You may also support us once and for all and pay upfront for the smile edition, which displays no ads and features a gracious smiley on the app list of your phone. This one comes with a rather symbolic price tag of around 50 cents (depending on country) and is mainly intended as a form of explicit support towards us, and to offer ourselves a seat in the club of paid games developers.

Condor features a dual leaderboard (freestyle scoring vs. fall length), common to both flavours and to the yet-to-be-released iOS version, as well as some achievements.

In order to get your fill of free-fall fun on Google Play, simply follow the links: