Here comes that special time of the year again, and we have the pleasure to announce that a new version of the game, humbly titled "version 1.8", should start rolling on Google Play and App Store as we speak.

This new version of the game actually packs quite more than usual as we took some time to rework early-game balance (which suffered more than envisioned from our previous updates), add a new expedition type (eroding the barrier between your villages), implement a simple genetics system (now children rarity depends on parents' rarity), add new prestige packs to unlock with blood points, and more.

For a while we searched for a way to make your villages communicate between each other. It actually ended up not so simple to create something both interesting to play and compatible with the current gameplay loop.
On the other hand, we have been displaying the infamous "Story expeditions" tab since the very first version of the game, and still found no interesting way to actually pull them out (the initial draft was simply not good enough, and the whole thing never gained enough traction anyway). 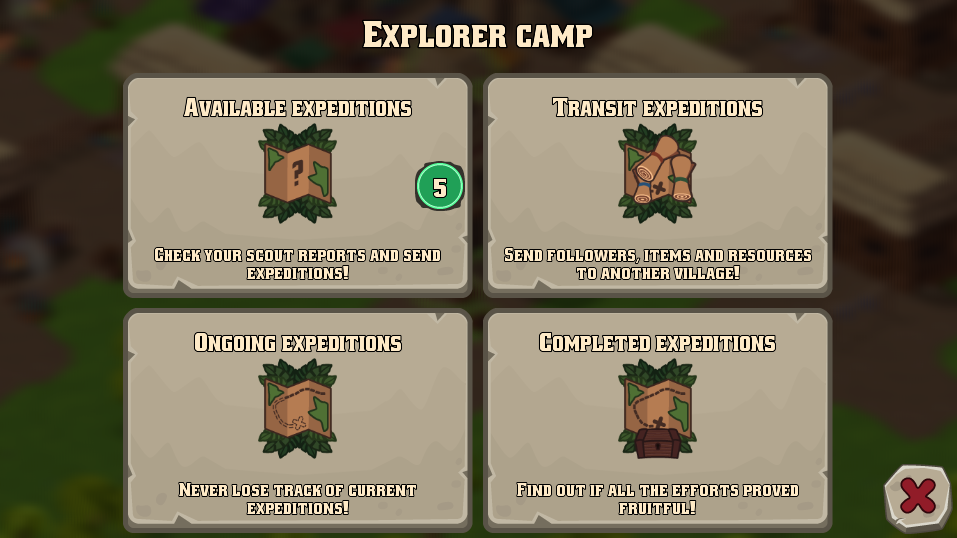 Transit expeditions allow you to transfer resources, items and followers between your villages. They have a 100% chance of success, and the only moving part is the time they take to succeed. Move more resources, it takes more time. Assign more followers, time is reduced by their Speed. Any available follower may take part in a transit expedition. 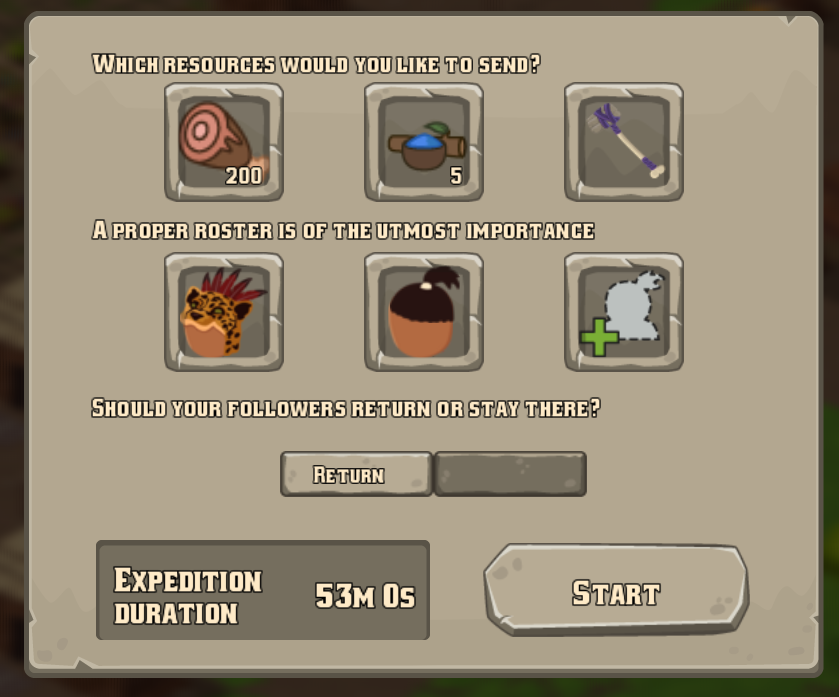 Transit expeditions fulfill the logistics aspect we felt was needed, and will hopefully add a lot of fluidity to the mid-game experience!

Another longtime oddity in the game was the total randomness of follower rarity at birth -- any follower is born common/blue (75%), uncommon/yellow (20%), or epic/green (5%), and nothing can alter that.

You reminded us regularly that it would feel logical and expected to let the rarity of the parents influence the rarity of their child. Well, this is the way now! To make it short, mating two followers will now result in a child with the "mean" rarity value between both, including of course some inevitable variability. There is for instance always at least a 5% chance that rarity will go up or down (if possible). Another aspect to manage carefully!

We also plan to make follower genealogy more visible in a future update.

Side note: followers cannot be legendary at birth.

This one is for you end-game gods! We added a few packs to exchange for blood points, and they bring exclusive outfits with them. They are mainly sized for the most powerful of you, though, because they are not standing in everybody's price range. 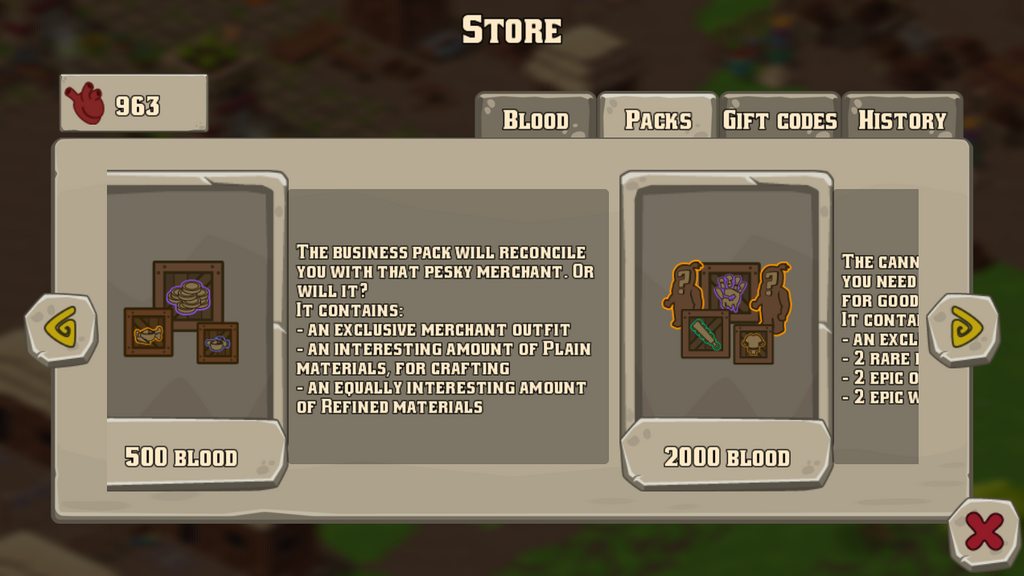 Some of you informed us here or there, most notably in store reviews, that the early game was too slow, with steep increase in costs throughout the game and an uneven rhythm.
We listened, and you should expect the following changes:

We also tinkered on various other parts of the game, here's a quick rundown:

Wrapping up for today, that is quite the monologue already!

Continue discussion on the forum!